Purchased
Hey, hey, hey, how's your Sunday Funday going?  I'm not sure what we're getting into, most likely it will be low key with maybe a visit to the park so LO can run around and play.  I'm excited that Lost Girl is having their fourth season premier tomorrow, it feels like its been forever since I've seen their last episode.  Have you watched any of the episodes?  It coincides with the Golden Globes too - thank goodness for DVR!

Today's mani starts with Takko Lacquer Marie Antionette, a lovely ice blue with hidden purple shimmer.  I used three coats for this mani and had some streaking upon application.  I couldn't get some areas to even out, maybe because I didn't let it dry in between coats fully, I can't remember.  The formula was slightly thick but easy to manipulate, and I didn't have any cuticle flooding or pooling.  I added a layer of Poshe/GCS to finish. 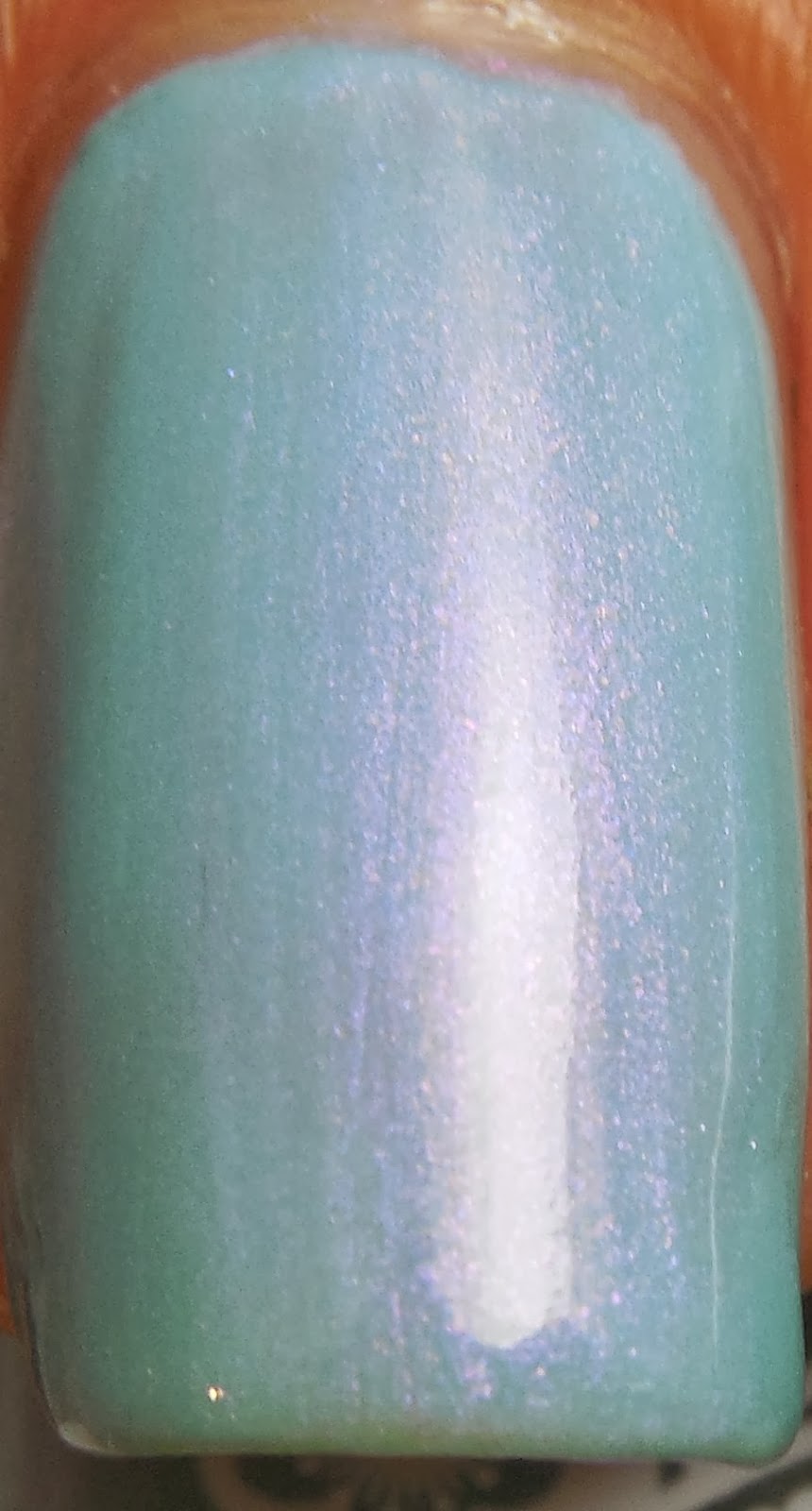 Hopefully you can see that purple shimmer that pops out - it gives the icey blue a glowing touch of color.  It reminds me of a lighter version of RBL's Aqua Lily.  The purple is fairly prominent IRL and doesn't get lost after application.  I like how the shimmer contrasted and decided to add some purple glitter to accent the blue - enter Different Dimension's That's So Fetch!   It's a glitter topper of mostly purple multi sized hex glitters, but then there's a surprise element of iridescent blue hex glitter that peeps out at certain angles.  It makes an otherwise boring purple glitter into something unique and special.  I did a glitter gradient from the cuticles toward the tip, with some careful glitter placement towards the tip.  This is finished with another layer of topcoat.


You can see some of the iridescent glitters in the macro, and in real life, it gives the overall combination a purple mermaid effect.  There's lots of sparkling going on and I love it!  It doesn't come off as being overly pastel either, and seems fitting for the winter season.   Maybe that's what works for winter - lots and lots of glitter and sparkle, just like snow that's iced over a teensy bit, or icicles that hang from the roof.  Are you wearing a lot of glitter this season?

Purchased
Posted by Unknown at 2:49 AM