Happy weekend everyone!  This is the last weekend of 2012 and I hope everyone gets to finish it out in a gratifying way.  I myself don't have much planned but after my eventful year of travelling abroad, being pregnant and having my first baby, I don't need anything exciting this weekend!

Previously I swatched Kiss Me Under The Mistletoe, one of two polishes that I have from Jindie Nail's Santa Claws collection.  I have my last one from that collection today called Silent Night.  It's a gorgeous blue squishy jelly with a sh*t ton(as my friend likes to say) of silver glitter in it.  I really like the mix of glitter shapes in this polish - there's moons, stars, squares, and hexes.  Unfortunately, I found the formula to be incredibly thick, almost like spackle!  I know this has been mentioned by the creator of Jindie nails and on several other blogs, but I think my bottle may have come from an extra thick batch.  I had to really work the polish onto my nails and I used two coats because the first layer was streaky from glitter drag.  There was some dabbing involved too, and once dried, the polish was semi matte.  I followed with two layers of Poshe to get a wet like finish. 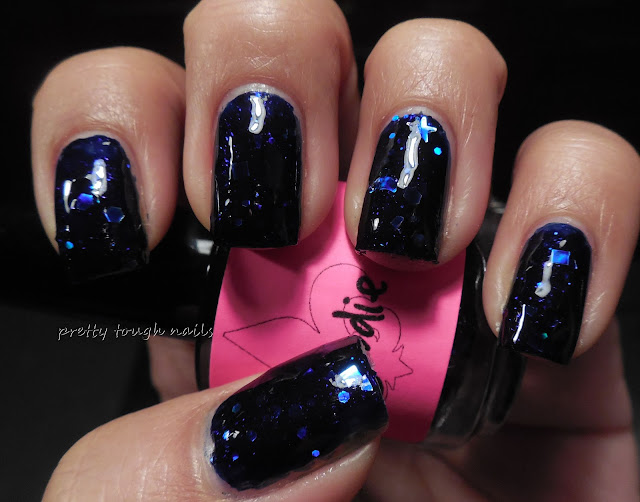 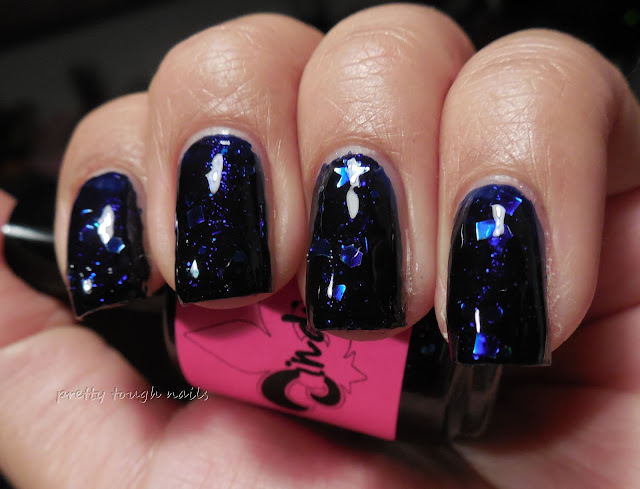 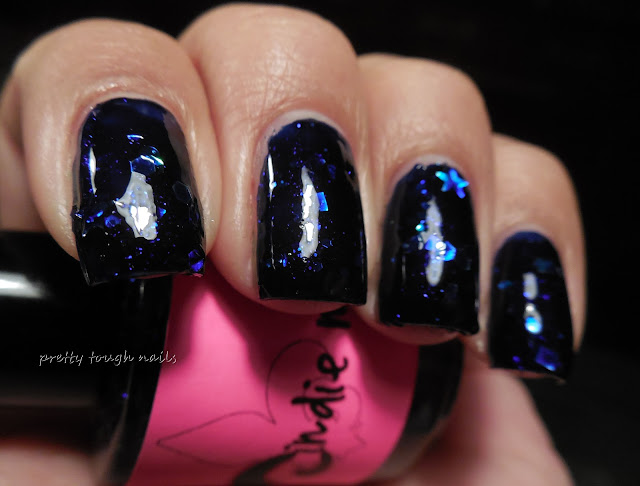 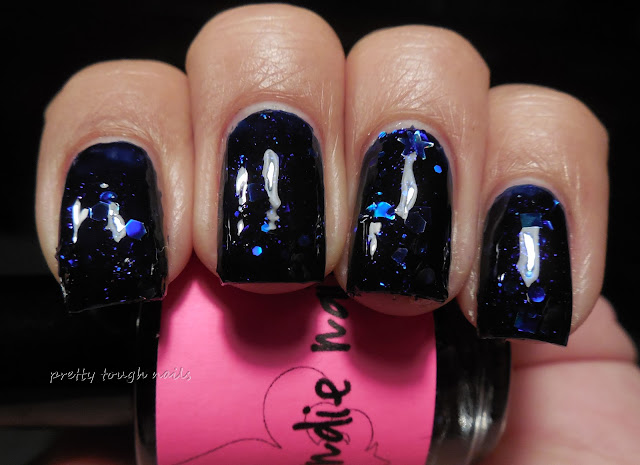 Overall, this is not my best showing for a mani partly due to the terrible formula and application of Silent Night, and partly due to my nails and cuticles not being in the best shape following a few weeks of work and the holidays.  I really want to like this polish, especially after seeing so many great swatches of it, but mine being so thick it's really difficult to see all the gorgeous glitter in the jelly especially in low lights.  That being said, I'm not quite sure what to do about my bottle, whether to contact the maker to see if I can get a replacement or to try and doctor it up myself with thinner and clear polish.  Any suggestions?
Posted by Unknown at 1:49 AM